Welcome to the site of "All India Postal Accounts Employees Association" ( AIPAEA), Karnataka State Branch, Bangalore 560 001. AIPAEA is the largest trade union of employees working in the Postal Accounts Offices ( PAOs). It is affiliated to the "National Federation of Postal Employees" (NFPE) ,the mighty federation of major trade unions in all the wings of postal workers in the India Post 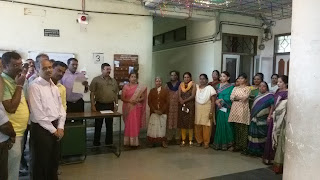 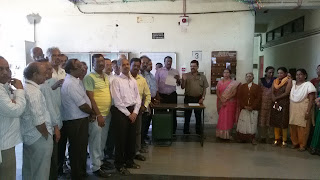 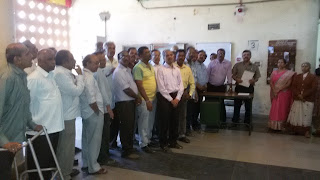 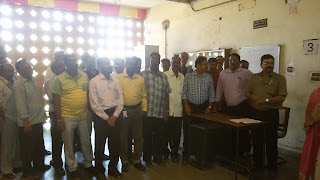 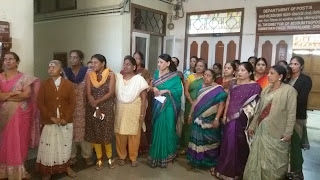 Posted by AIPAEA,KARNATAKA CIRCLE BANGALORE at 00:48 No comments:

CALL GIVEN BY THE JAC ON ACCOUNTS AND AUDIT EMPLOYEES DEMANDS OBSERVED IN ALL THE AIPAEA UNITS BY HOLDING LUNCH-HOUR PROTEST DEMONSTRATIONS, 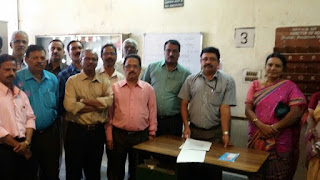 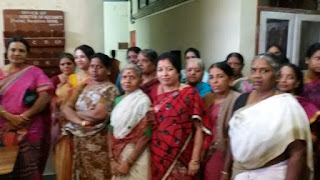 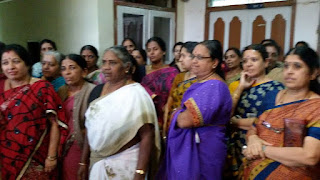 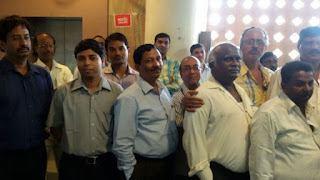 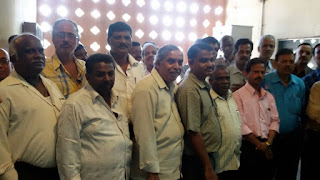 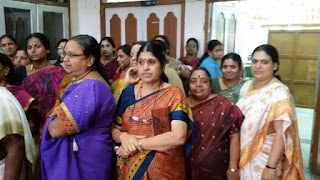 Posted by AIPAEA,KARNATAKA CIRCLE BANGALORE at 02:46 No comments:

On making the close look of the SPC report. The SPC report has broken the traditional and ultra modern approach t the set in standards of earlier pay commissions approach. The problems of the central government employees have not been either understood or failed to give and grant the needed approach. What has expected is clearly visible in the report.

1.     Most of the demands have not been considered let alone try to examine on the point of departmental historical existence.
2.     A mechanical approach to cut and paste the details with here and there using the new set of phrases to impress for a honest attempt.
3.     There is no authoritative deliberation and directions have been reflected in the report.
4.     Inspite of disbanding the pay band and grade pay system of 6th CPC the 7th CPC has fixed the data based on the available structure to fix the new pay matrix that has resulted in non justification to the MTS,Gr C and middle level Group B employee’s aspirations.
5.     The entire report revolves around the GDP fiscal finess where the common employee has no role as the planning and policy implementation of the Government itself questionable.
6.     The determination factors for fixing the minimum wage which is the beginning index to the wage structure of entire category of employees has not arrived at as per the international standard. This has directly resulted in failed attempt of the SPC towards main agenda of pay commission.
7.     It is clearly visible that the indirect influence of the government of the day along with corporate elements and non workers lobby to check the upward trend in dealing and determining the financial benefits to government employees.
8.     No fore thought have been felt by the SPC in their findings that anomalies will multiply and separations of cadres and classes of employees occur that may ultimately result in division and self interest develop between various ministry and departments.
9.     In addition to the above functioning of National level JCM and DJCM at various ministry level with different branches of ministries and departments will land in a confused state of situation to succeed in their demand.
10.                        The SPC has not acted in a manner of an arbitrator between the employee and government to give judicious recommendations to fulfill the common minimum demands but brushed aside at a one go to demolish the entire system of acceptance of memorandums for solving the employee’s problems and unjustified approach of the government for last 10 years gap.
11.                        SPC lacks independent and professional assessment of the submissions made by various stack holders while deciding the decade old situation which prevails over next decade to stay on.
12.                        On having examined the SPC report it is shocking and surprising to formulate the required modifications. It is felt honestly that ‘denovo’ determination of the productive and factual assessment of the demands of the employees required to fulfill the minimum aspirations of the employees.
13.                        The impact of the 6th CPC was to the extent of 0.77% of GDP, whereas after the gap of 10 years the SPC recommendations have resulted in only 0.65% of the GDP, this itself reflects the factual financial positions of employees even after the increased consumer price index to the extent of 125%  increase in all the domestic prices.
14.                        SPC is more concerned about higher level officers rather than give justice to the lower category of employees. It is clear from the statistics that the gap between the two is visibly many fold i.e., from existing 1.12 to 1: 13.8 (increased by 1.8). It shows that that there is a “downward trend” in improvement of pay structure of the employees, thereby there is no financial gain relatively.
15.                        It may be imagined the role of SPC in fixing the minimum pay index as per the 15th ILC recommendations in the year 1957. But even in the year 2015 the SPC has ignored the basic tenants and terms to consider for fixing the minimum wage. This itself establish their mindset to retrograde and down grade the factual position which might be on the hidden influence of the government of the day. The demand as per ILC works out to 3.70 but not 2.57 as given by the SPC..

Observation made on 7th CPC. Report pertaining to the organized accounts employees.
The matter relating to organized accounts recommendations of 7th CPC clearly established the fact that no merit has been considered in respect of oral evidence and the detailed justified points/report submitted to the Chairman, 7th CPC for their immediate applications of mind before finalizing the recommendations. At the end of every recommendations of each cadre i.e., JA, SA, AAO, AO, SAO etc., has been detailed with a mere single sentence i.e., ‘recommends replacement of pay levels’, the constitutional authority CAG’s recommendation has not given any weightage thereby completely ignoring CAG’s pay structure. It is not known that the applicaion of parameters while analyzing each categories. Demands and also not taken care of all the earlier pay commissions’ recommendations approach. It is quite right to note that in the year 1996 the parity and relativities have been established, based on the earlier recommendations the higher scales have been allowed and inexistence till date. Infact the matter revolves around ‘identitical scales”. It is to recall that higher functions of works as per the Hyderabad Administrative staff college works point determination has been always more than the staff of the CSS, based on these facts the earlier pay commissions recommended to consider parity between CSS and orgainsed accounts cadre. Hence the parity has been restored in 1996, further the defects have been pointed out in 6th CPC recommendations and no further decisions was taken but still pending with the government. These matters have been convincingly put forth before 7th CPC evidence but it is disappointing to realize the intention of the 7th CPC. As such the historically established parity principles have been rejected merely based on the identical pay scale theory.
The second important ignorance of facts has been arrived at by the 7th CPC in respect of qualification pay element for IA&AD and organized accounts staff. No justification for doing such recommendations. It is pertinent to note that the genesis of qualification pay as earlier merited under 4 advance increments on account of obtaining the higher knowledge of entire Internal Financial Advisors role in respect of Audit and Accounts functions on passing the required test conducted by the Department. As a result the discontinued advance increments have been renamed as qualification pay subsequently. Because of this till date all the employees who have acquired the prescribed qualification are entitled to get this benefit.


From the above it is clear that the great injustice has been done in respect of IA&AD and Organized Accounts staff in the 7th CPC report and scant respect has been given to all the justified demands put forth by each Organized Accounts, Administrative Departments and Ministries along with appropriate consideration put forth by CAG, Govt. of India.
Posted by AIPAEA,KARNATAKA CIRCLE BANGALORE at 03:04 No comments: